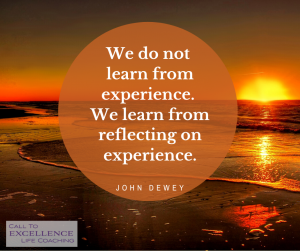 To say that 2019 didn’t go as planned would be an understatement, and I’ve really struggled with sitting down to write this post. Nothing went the way it was supposed to – and I ended the year feeling further away from my life vision than when I started last January.

According to the Chinese zodiac, 2019 was the year of the Yin-Earth Pig, or “Muddy Pig.” That pretty much summarizes the last 12 months for me.

Originally, 2019 was going to be my “Kaizen Experiment” – putting the principle of small incremental steps or improvements to the test, to see how much progress consistent small changes could really produce. James Clear, in his book Atomic Habits, claims that if a person simply improves by 1% every day, at the end of one year they will be 37 times better than they were at the start. I wanted to see if that was true.

Unfortunately, I don’t have an answer (yet). That train went off the tracks almost immediately after leaving the station.

Part of it was my own fault – I was seduced by the more/faster/bigger promise of massive action, and that led to some crashes and wipe-outs that I’m still recovering from. And part of it involved some curve balls life threw at me – like the 3 week old deaf feral kitten who adopted me in July. Mothering a kitten that young is like taking care of a newborn baby, sleepless nights and all. Thankfully, they’re easier than human babies to potty train (my boy only had 1 accident outside the litter box!). Nonetheless, for the next 4-5 months, my original plans took a back seat – I was in survival mode with only the time and energy to get the most essential stuff done.

Nonetheless, I think there’s value in reviewing the year for the lessons it contains…

When I work with my coaching clients on planning for a new year, the first thing we do is create a success list to capture all the highs of the previous year. They find it to be one of the most empowering exercises they’ve ever done, because we rarely devote time and energy to celebrating and remembering our wins. Our brains are wired to focus on the negatives, all the ways we fell short. So, my clients are often pleasantly surprised when they realize how many good things happened to them and how much they actually accomplished during the span of the preceding year.

I’ve really enjoyed creating my own success list in past years too, but this year, every time I thought about it, my mind went blank. It was fixated on the downhill slide that started in June, picked up speed over the summer, and crashed into the fall.

The only answer that popped into my mind was that I learned an awful lot about what didn’t work for me (and successfully kept an orphaned kitten alive).

But when I forced myself to stay with the question a little longer, I realized I did accomplish a few things worth writing down:

And the Not So Good (AKA, the Learning Opportunities)

At the beginning of 2019, I decided my most important goal was to finally get into “ideal shape.” I’d been hovering on a plateau for years, 5-10 pounds from my goal weight. I started with a kaizen-based plan to slowly increase the intensity of my workouts and gradually add in some weight training.

But then the siren call of massive concentrated action lured me in… I’d been playing with this goal long enough… maybe I needed to go all in! I hired a personal trainer to push me beyond my resistance. I set an ambitious goal. I committed to embodying my word for the year – Fierce!

The first few months went well enough, and I was starting to see more definition when I looked in the mirror. The increased intensity from week-to-week was manageable – I talked a lot with my trainer about kaizen, and it seemed like we were on the same page. But a fundamental concept in weight training is pushing your muscles to the point of failure – definitely not a kaizen-friendly approach. And once we really hit that point, the pain started… and got worse… and worse…

At first, it was just severe muscle soreness that lasted most of the week and kept me from doing any other exercise. But I pushed through – pain was simply the price I had to pay!

Then injuries started cropping up, including lower back pain that never went away. By November, I was hobbling around like an 80-year old woman. I’d put in all that effort, only to end the year in worse shape than ever.

Something very similar happened with my business, or at least the “marketing” side of it. For 2019, I joined a year-long marketing mastermind, thinking this would give me the incentive or push I needed to clarify my message and get it out there to the world.

I loved the people in the group, but I was quickly overwhelmed by all the things I could and “should” be doing. I was intimidated by how much further along some of my colleagues were. I felt like I was falling further and further behind. I got so caught up in comparisonitis and analysis-paralysis that I literally stopped doing anything.

By December, I hadn’t written or posted a blog in over four months. I had no clear sense of direction. I was more confused about possible niches and messages and audiences than ever before.

I felt like I was living the game “Chutes and Ladders”, and I had landed on the space with the super-long slide that sent me all the way back to where I started 3 years ago.

Needless to say, I quit the personal training and dropped out of the marketing mastermind for 2020. I have great respect for both my trainer and the group, and these can be great approaches for some people, but they just weren’t right for me, at least not right now.

Last year confirmed that for me at least, the go-big-or-go-home massive action approach usually backfires – spectacularly. I make a lot more progress when I stick to small but steady incremental steps or changes. Kaizen works, when I have the patience to let it.

I also realized I get myself into trouble when I start ‘chasing’ an artificial external goal, usually with an unrealistic timeline to go along with it. Oftentimes, these goals or milestones are based on metrics or results that come from the outside – things someone else said I “should” do or achieve or be. I was getting overwhelmed, bouncing like a pinball from one “should” to another and another. I was making myself miserable because deep down I knew these things weren’t the right path for me, but I kept ignoring that inner voice.

Chasing connotes a certain frantic, desperate energy – pursuing a quarry that’s trying to escape and get away. It’s like when my kitten chases that elusive red laser light. And once you’re in chase mode, there’s no time to stop and think whether the thing you’re running after is really worth catching. It usually isn’t. The goal is often as empty as that little red dot. Chasing it just wastes a lot of time and energy.

For 2020, I’m trying something different. I’m not giving up on my ambitions, mind you, or the pursuit of excellence. But instead of continuing on in chase mode, I’m taking a step back, re-evaluating my goals, and moving forward with a different approach – intentional effort toward an inspired vision.

In December, I took some time off to re-clarify my vision for my life, and outlined at least some of the initial steps I need to take and habits I need to establish to create that vision.

Perhaps more importantly, I’m using a different strategy for selecting those steps. Instead of mindlessly following gurus and well-intentioned suggestions, I’m choosing to trust my own inner wisdom.

If the step or process itself brings joy and satisfaction along the way, I’m probably on the right path. If the process brings misery and exhaustion and pain, I’m probably off course.

Instead of fixating on specific end goals, I’m focusing more on the process itself, building the scaffolding for my life vision one joy-infused step or habit at a time.

I’m choosing to trust that if the process is positive, the results will be too. I don’t need to worry so much – the end results will take care of themselves.

That’s the idea, anyway. I’ll let you know how it works 😉

So what about you? Was 2019 your best year ever? Or a chapter you’re happy to close? And what about your plans for the new year and the new decade? Let me know in the comments below!