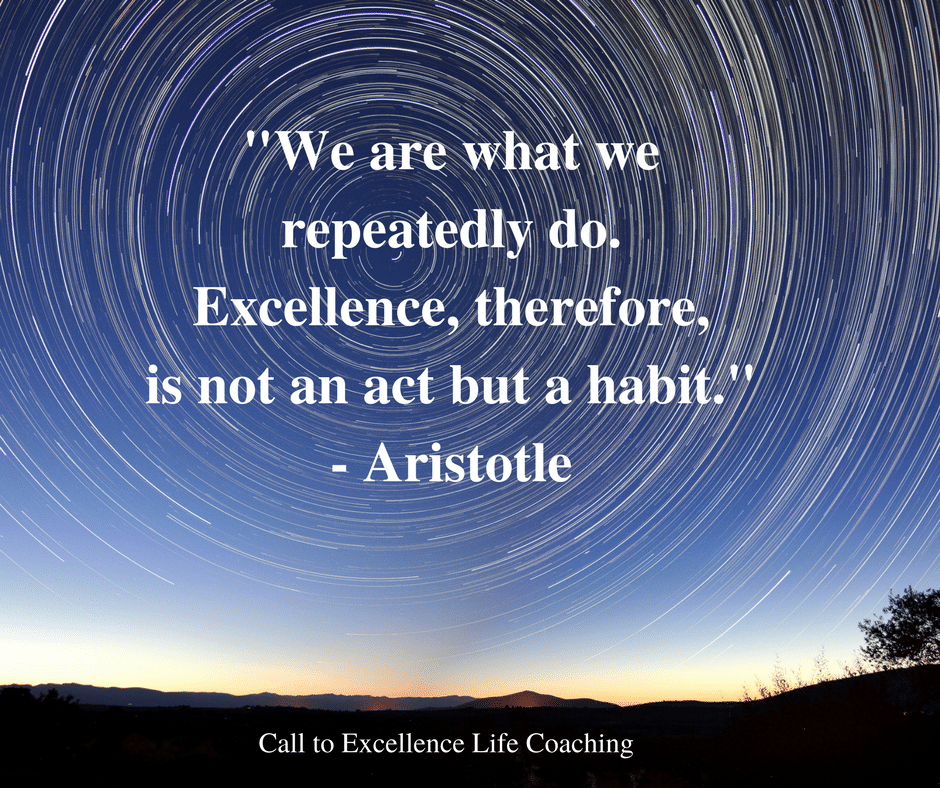 Hello and welcome to my blog! As you can probably guess, based on the name of my website, the theme of this blog is going to be excellence: what is it, why should we pursue it, and how can we develop it in all areas of our lives?

Excellence is one of those things that we all recognize when we see it. We admire it. We reward it with gold medals, trophies, Oscars and Grammies, Hall of Fame inductions, etc… But it’s a hard word to nail down and define.

The Dictionary.com definition of excellence isn’t very satisfying either: “the fact or state of excelling; superiority; eminence.” Aside from the problem of using the root of the word itself in the definition (something that was drilled out of me as an absolute no-no in grade school), it doesn’t give us much guidance.

It may be easier to start with what excellence is not.

Because we recognize accomplishments and reward people or groups who clearly demonstrate excellence in their field, excellence often gets confused with achievement. And that makes excellence into something unattainable, something a select few people were born with, like the extraordinary talent to be able to do a backflip on a 4-inch balance beam, or to throw a baseball at 95 miles an hour. If you haven’t achieved something big and newsworthy, excellence must be out of your reach.

But excellence is not an achievement. True, a commitment to excellence, when combined with an innate talent or passion, can lead to extraordinary achievement. But excellence is the years of practice, relentless focus, and continual improvement that eventually culminates in the act or event or body of work that leads us to recognize that person as an example of excellence. The ancient Greek philosopher Aristotle captured this nuance in his famous saying: “Excellence, therefore, is not an act but a habit.”

Excellence also gets confused a lot with perfection. And that has negative repercussions. It’s discouraging, because we know perfection here on earth is impossible. So, if we equate excellence with perfection, why bother to try? But we see examples of excellence all around us, so they must not be equivalent. Excellence IS something we humans can attain.

The relationship between excellence and perfection was perhaps captured best by legendary football coach Vince Lombardi: “Perfection is not attainable, but if we chase perfection we can catch excellence.” As we consistently pursue a vision of the ideal, whether it’s in our career or relationships or fitness or a hobby, and continuously improve and move closer to that ideal, we eventually cross a threshold into the zone of excellence. This idea is echoed by Hall of Fame basketball coach Pat Riley: “Excellence is the gradual result of always striving to do better.”

And because excellence is based on a process of continual improvement, it’s something we can ALL pursue and attain. That’s right. All of us. Every single person on the earth has the capacity for excellence.

So, now we have a little bit of an idea of what excellence is and what it is not. It’s not complete, but it gives us a place to start. To make sure we’re all on the same page, I’d like to add a few more characteristics to better define how I personally think of excellence, and how I’ll be using the concept in future posts:

Well, I think that captures many of the key elements of excellence. I hope I’ve at least tweaked your interest in the concept, and made you begin to wonder how excellence can be applied to the different areas of our lives.

In future blog posts, we will dig deeper into the individual habits that contribute to the development of excellence, and strategies we can use to develop and strengthen them in the different spheres of life, like career and relationships and health. We’ll also take a look at inspiring examples of excellence in action, to see what we can learn. Finally, I’ll tell you about a personal challenge I’m undertaking, something I’m calling the ‘Excellence Experiment,’ to test the hypothesis that pursuing excellence can transform a life from ordinary to extraordinary. Maybe you’ll even want to challenge yourself to your own ‘Excellence Experiment’…

I hope this blog will convince you that excellence is something you too can attain (or expand into other areas of your life), and motivate you to embrace living with a spirit of excellence!

22 thoughts on “What Is Excellence?”