Who Am I To Be Writing About Excellence? 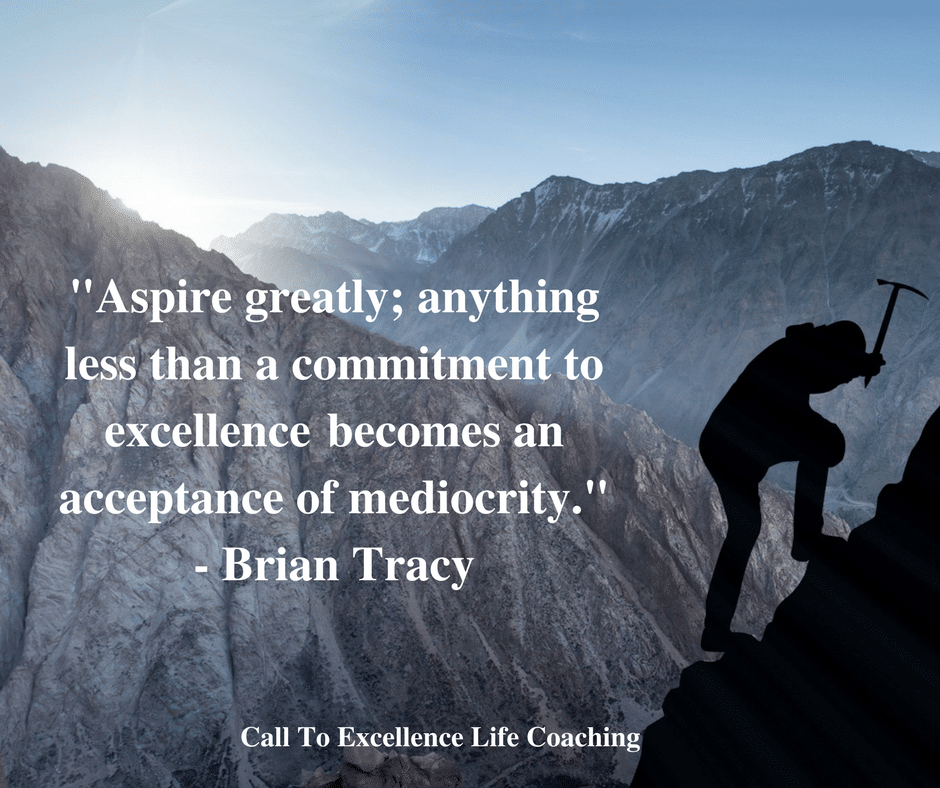 Many years ago when I was in graduate school, someone I respected told me that my big challenge in life, if I ever wanted to be happy, was to accept that I was mediocre, because I didn’t have the right stuff to be anything more.

I’ll bet that’s not how you were expecting me to start off. Usually when people write about a topic, they list all of their lofty credentials and lengthy experience to convince you that they are world class experts worthy of your attention. But stick with me.

In all fairness, the person who made that pronouncement may have meant it in the specific context of a career path in scientific research, which was definitely a bad match for my skills and interests. When I switched directions and started writing about science, rather than working in a lab, my prospects improved considerably. But my life was still basically average – better than it was, but nowhere near the life I always dreamed of living.

For years and years I wrestled with that proclamation over my life. I knew in my gut it was wrong. Not because I have an overwhelming ego or stockpile of self-confidence or think I’m special, but because I believe everyone is born with unlimited potential and the capacity for excellence. I believe everyone is special. Excellence is our birthright, if we’re willing to work for it. It’s what we were created for.

But even though I didn’t believe deep down that I was destined for mediocrity, on some level I bought into it and lived in a way that kept me from being my best. I had a good career and a decent lifestyle, true, but I was overweight and out of shape, and I was hiding from life and from people behind a workaholic mask. I held myself back and sabotaged my own efforts. I gave in to all of the voices throughout my life who had told me not aim too high or expect too much from life, because extraordinary (fill in the blank: success, achievement, happiness, impact, etc…) was a matter of luck or depended on some mysterious quality that a predetermined few had, and I most certainly didn’t.

But I couldn’t do it. One day I woke up and realized I couldn’t keep living within the confines of the ‘average’ box that other people expected of me. I wasn’t willing to settle for mediocre anymore.

That meant figuring out how to escape the orbit of average.

So I began to study people who were living the kind of lives I wanted: people who had achieved big things in their career, people who had amazing relationships, people who were making meaningful contributions to the world. They had a lot of qualities in common: commitment, passion, persistence, focus, the ability to overcome obstacles, etc… The list of individual characteristics could go on and on. But the one common denominator with all of these people, what all of these qualities added up to, was excellence.

In every single example, whether they were consciously pursuing excellence or not, a spirit of excellence was the foundation that had enabled and produced their success. Excellence was the essential ingredient. It was like rocket fuel, allowing people to rise above their circumstances and overcome obstacles, to surpass the ordinary to create something extraordinary.

The most exciting part, though, was that this thing we call excellence was really just a composite of behaviors and habits, It isn’t like having rhythm or an ear for music or some freaky athletic ability, where you were either born with it or you weren’t. It’s a set of habits that anyone can learn and begin to practice, in any area of life. Me. You. Anyone. That means excellence is within the reach of every single one of us.

And that’s what made me decide to become a student of excellence.

If there is one thing that I am very, very, very good at, it’s being a student. I decided to commit to learning everything there is to know about excellence. I’m going to dissect it like a frog in biology class. I’m going to figure out how to apply it to different areas of life to bring about transformation.

So that’s why I’m writing about excellence, and why you’ll hopefully want to follow my blog. Because I’m a lot like most of you. I want more from life. I know I haven’t tapped into anything close to my full potential. I’m still on the road to becoming the very best version of myself.

I’m not some guru on a pedestal who has been teaching about success and achievement for so long that they make the answers sound easy because they’ve forgotten the challenges and obstacles when you’re starting out on the path to change. I don’t have all the answers. I’m figuring it out as I go, and I’m going to share what I’m learning. If I find something that’s easy and works like a charm, I’ll tell you. And if I try something that doesn’t work (for me), or hit bumps and potholes on the road, I’ll be honest and share that too.

And in the “Excellence Experiment” that I’ll be starting on January 1, I’m going to put the theories to a real-world test, using myself as a human guinea pig, to see how they work and what impact adopting the habits of excellence has on my life. How much is it possible to change? Is it really possible to go from ordinary to extraordinary? Stay tuned…

But one thing I want to stress – although I’ll be writing about my journey in pursuit of excellence, and what I learn along the way, it’s not really about me at all. It’s about all of us. Whether you’re like me and have been stuck in a mediocre rut for too long, or whether you’ve already achieved excellence in one area of your life but have struggled to extend that success to other areas, I hope you will join me on this journey, and challenge yourself to take your life to a higher level. I hope you’ll discover new ideas and useful tips in these posts that you can test out in your own life, to move you closer toward your own personal goals and your vision of your best self. I hope you’ll recognize that you were created for excellence and be inspired to live your life more fully.

Because if I can do it, so can you.

2 thoughts on “Who Am I To Be Writing About Excellence?”