New Year’s Resolutions and Why They Fail 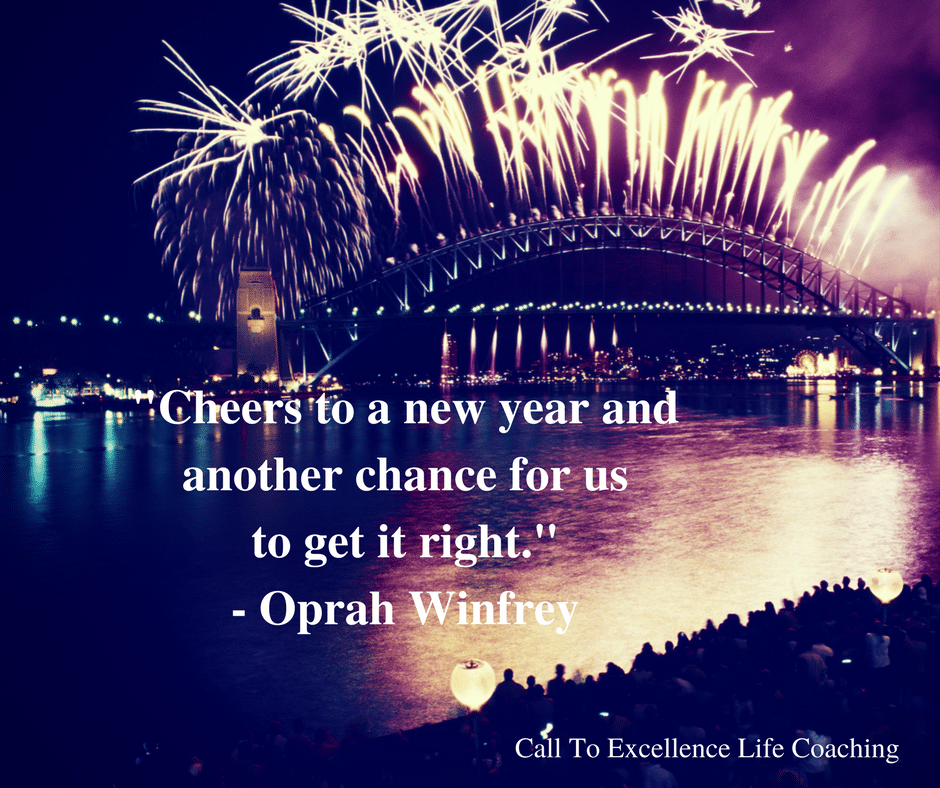 As I was decluttering earlier this year, I rediscovered my lists of New Year’s resolutions from 2014, 2015, and 2016. They were almost identical. That was eye opening.

The reason my resolutions were almost the same was because I’d made little or no progress on many of the goals from one year to the next. So I just kept rolling them over. It’s kind of embarrassing to admit. Now, don’t get me wrong, it’s not like I didn’t accomplish anything in all those years. It’s just that my accomplishments didn’t align with the priorities I had laid out for myself on January 1, which stayed pretty consistent year to year.

If this sounds familiar, we’re not alone. Statistics show that approximately half of Americans make New Year’s resolutions each year, but only 8% succeed in keeping them. And 80% of those resolutions have bitten the dust by the second week of February.

Why? Why do we start out with such enthusiasm and determination, but fizzle so quickly? And more importantly, how can we break this cycle?

The first question is easy to answer. Typical resolutions are overly ambitious, all-or-nothing propositions that leave no room for being human and slipping up. After the excesses of the holiday season, often driven by guilt, we’re highly motivated and eager for change. Resolutions like ‘no sugar until I lose 20 pounds’, or ‘no shopping until I pay off all my debts’ sound great while we’re in a sickly cookie coma staring at a stack of credit card bills, but their appeal wears off pretty quickly as the holiday haze fades and we start facing daily temptations. And some goals are just flat-out unrealistic and doomed to fail (lose 20 pounds in a month – seriously?!).

When goals or resolutions leave no wiggle room, the first slip up constitutes failure, and discouragement sets in. At this point, or maybe after another valiant but misguided attempt or two, most of us give up.

So, are we doomed? Are the 8% of people who keep their resolutions superhuman? Or is there a process that will work for the rest of us too?

The good news is that yes, there are strategies for making meaningful and substantial changes in our habits and our lives that will work for all of us. And they are surprisingly simple. But they require us to understand a little about how our brains work.

OK, to be fair, the most advanced part of our brain, the cortex, can see the appeal of change. The cortex is where our ability to reason and plan and envision the future lives. It understands that going to the gym instead of crashing on the couch to watch another Netflix marathon will have long term benefits. It can recognize how eating a bag of carrots or apple slices will be better for us than hitting the snack machine mid-afternoon for some candy or chips, and make us healthier in the long run. It sees the wisdom of saving for a rainy day instead of charging up the credit cards to buy more stuff.

But then there’s a part of the more primitive (mammalian) midbrain, called the amygdala. Its main function is to keep us alive. It’s where the fight-or-flight response lives. And that’s all great – if you’re attacked by a grizzly bear, or a man with a gun, or a drunk driver swerves into your lane, you want your amygdala to be on full alert.

The problem is, the amygdala isn’t very discerning, and it can’t really tell the difference between a gun and a bag of baby carrots. The only thing it registers is “THREAT”. And big life-altering changes, even positive ones, are very scary to the amygdala. To the amygdala, discomfort equals danger.

So when we start to make a big change in our life, our amygdala declares war on our cortex. Now, the cortex is a lot bigger than the amygdala, so you would think it would be the obvious winner. But the amygdala is sneaky and underhanded. It’s developed its ability to fight over millions of years of evolution. When the fear response kicks in, the amygdala triggers molecular reactions that slow down rational and creative thinking in the cortex. And that leads to all kinds of unconscious self-sabotage.

Our Brains Are Basically Lazy

Maybe that’s a bit harsh. Our brains are really amazing creations, and we should appreciate them. To put a more positive spin on it, our brains are highly efficient. They love to put anything and everything they can on autopilot, so they don’t have to use up their valuable and limited energy supplies thinking through every single action all day long. Our brains love, love, love habits.

And habits can be good things. Imagine if you had to think about when and how to brush your teeth every day, or if you had to plan the route you drove to work, or the order in which you put on and take off your clothes. Thinking about the hundreds of mundane, routine tasks we do every day would take up all of our time and energy, and we would never get anything else done. So autopilot is good.

Except when it’s not.

Almost everything we do in life can be reduced to habits, and that means that the things we do but don’t want to do, and vice versa, are habits too. Let’s not call them bad habits, because at some point in time when they formed, they probably served a positive purpose. But many of these habits have outlived their usefulness. Think about the autopilot response to take a cookie from the plate of goodies someone left in the break room, or the unconscious routine of coming home and crashing in front of the TV after a long day at work, or the pattern of letting mail and papers pile up instead of filing them away. These are all just habits, but habits that have worn deep neurological grooves into our brain so that they’ve become our default setting, the way we automatically act unless we consciously focus on doing something different.

Changing an established habit takes conscious effort and an investment of energy. And that’s the problem with typical New Year’s resolutions, like getting in shape or becoming more organized. Each of these ‘habits’ rests on dozens, if not hundreds, of microhabits.

As an example, let’s break down ‘getting in shape’. Getting in shape depends on both eating and exercise microhabits, each of which may support or work against our goal. A short list of potential eating microhabits includes:

You get the idea. The list of microhabits related to food could go on and on, and we haven’t even begun to touch on exercise/movement microhabits.

So, when we make a resolution like ‘get in shape’, we think that we need to change one or two habits (eating and/or exercise), but in reality we need to change the dozens of contributing microhabits, each of which requires focused effort. And our brains just don’t have the bandwidth to focus on dozens of changes at the same time. Researchers have demonstrated that self-control, or willpower, is a limited commodity. So we valiantly try to change all of the microhabits at once, but our willpower is eventually exhausted, and when we’re tired our old microhabits begin to reestablish themselves, and our resolution bites the dust.

In my next few posts, I’ll discuss how we can subvert the neural gatekeepers by using the process of ‘kaizen’ (tiny incremental changes), or microresolutions (targeting individual microhabits one at a time), to sneak under the brain’s radar to create the changes we desire.

Does it really work? I can honestly say that for me, these strategies and a few other tricks I’ll share have transformed my life and allowed me to finally make major progress in areas where I had been stuck for years. Using the process of kaizen, I went from being a couch potato to running a half-marathon and becoming a regular in the gym, and I’ve eliminated about 1000 pieces of clutter from my home. Using microresolutions, I went from chronically showing up late to being early or on time 99% of the time, which dramatically reduced my stress levels. And most importantly, these successes have given me confidence in my ability to make even more changes.

So stay tuned for more details on how you can make 2018 your best year ever!